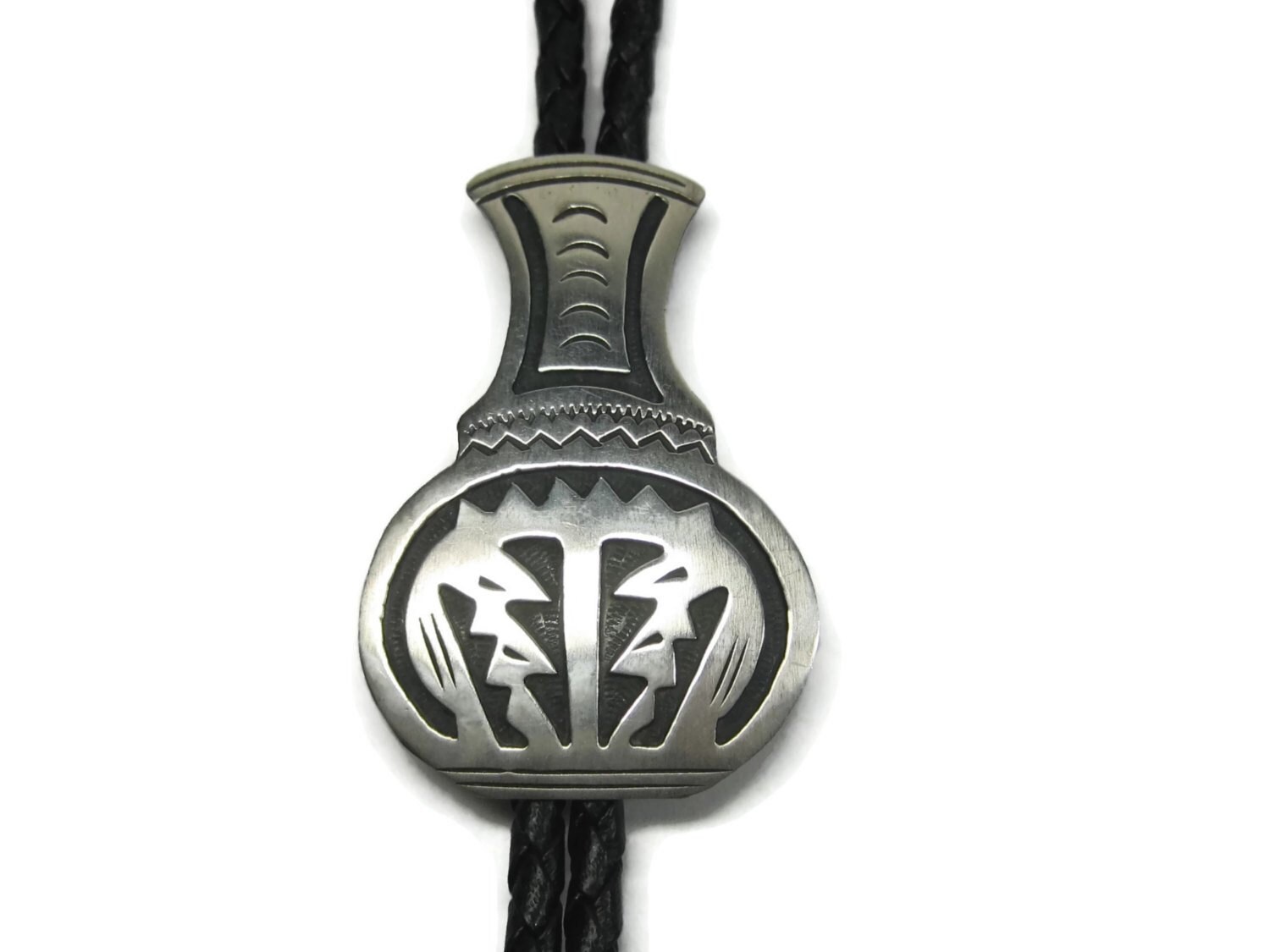 While other Southwestern tribes defined themselves through the acts and rituals of war, the Hopi were considered to be truly peaceful people. Known as “the little people of peace,” the Hopi migrated around Southwestern and Central America in search of a place where they could avoid conflict with other Native American tribes.

They found their home upon three isolated mesas in northern Arizona. 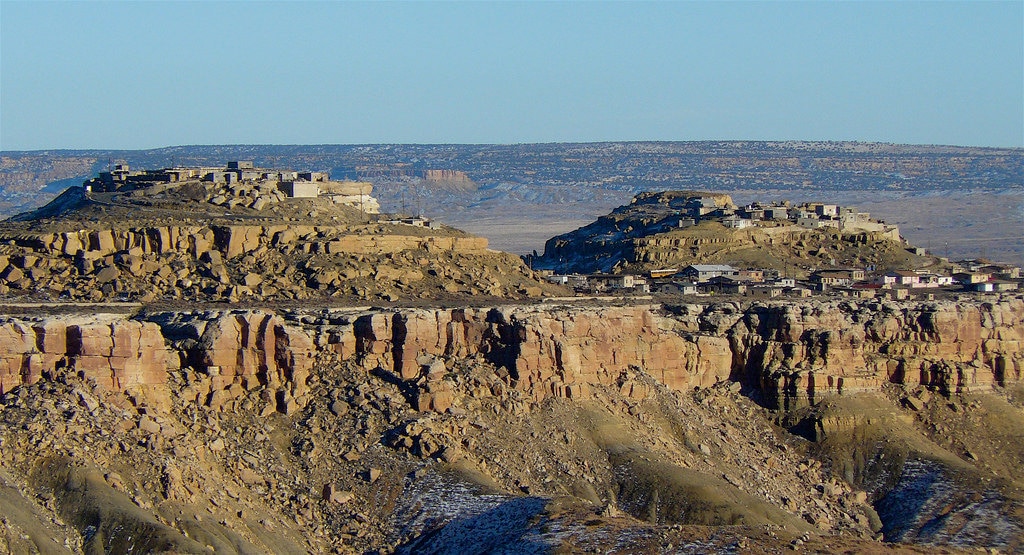 Though the Hopi people consider their remote mesa location a Promised Land, their oral traditions tell us that their current lifetime was destined to be far more difficult than the lives that came before. The land in which they live would be less bountiful and they would have to toil over the soil to produce food.

Even so, the Hopi thrived.

In the late 1800’s, the Hopi began making jewelry as another means to barter with the white man for food, building materials, fuel and other necessities, They had already been trading carved beads, baskets, pottery and traditional woven goods.

It is thought that a Hopi trader and member of the Mustard Clan named Sikyatala learned the art of silversmithing from a Zuni trader and jewelry maker named Lanyade.

Sikyatala then taught the art to other Hopi and soon, their jewelry smithing styles would resemble those of both the Zuni and the Navajo.

In 1926 Dr. Harold Colton and his wife, a recognized artist, Mary-Russel Colton moved to Flagstaff Arizona and in the 1930s, they established the Hopi Craftsman Exhibit at the Museum of Northern Arizona which focused on the Hopi art of basket weaving, pottery and woven textiles.

By the late 30s, the couple had turned their focus to the jewelry of the Hopi artists. Mrs. Colton began writing letters to the Indian Arts and Crafts Board suggesting that if the Hopi could produce jewelry unique from the Zuni and Navajo silversmiths, then a niche market could be created.

Though this initial changeover from a Zuni/Navajo style to their own unique way of creating jewelry did incorporate unique, appliqué style designs, it wasn’t until the 1940s that the silversmiths developed the style of silver jewelry that they are so well known for today.

In 1946/47 a man named Willard Beatty aided in the implement of a US government run silversmithing program for indigenous veterans. It was this program that introduced the technique called overlay that the Hopi are now most known for. 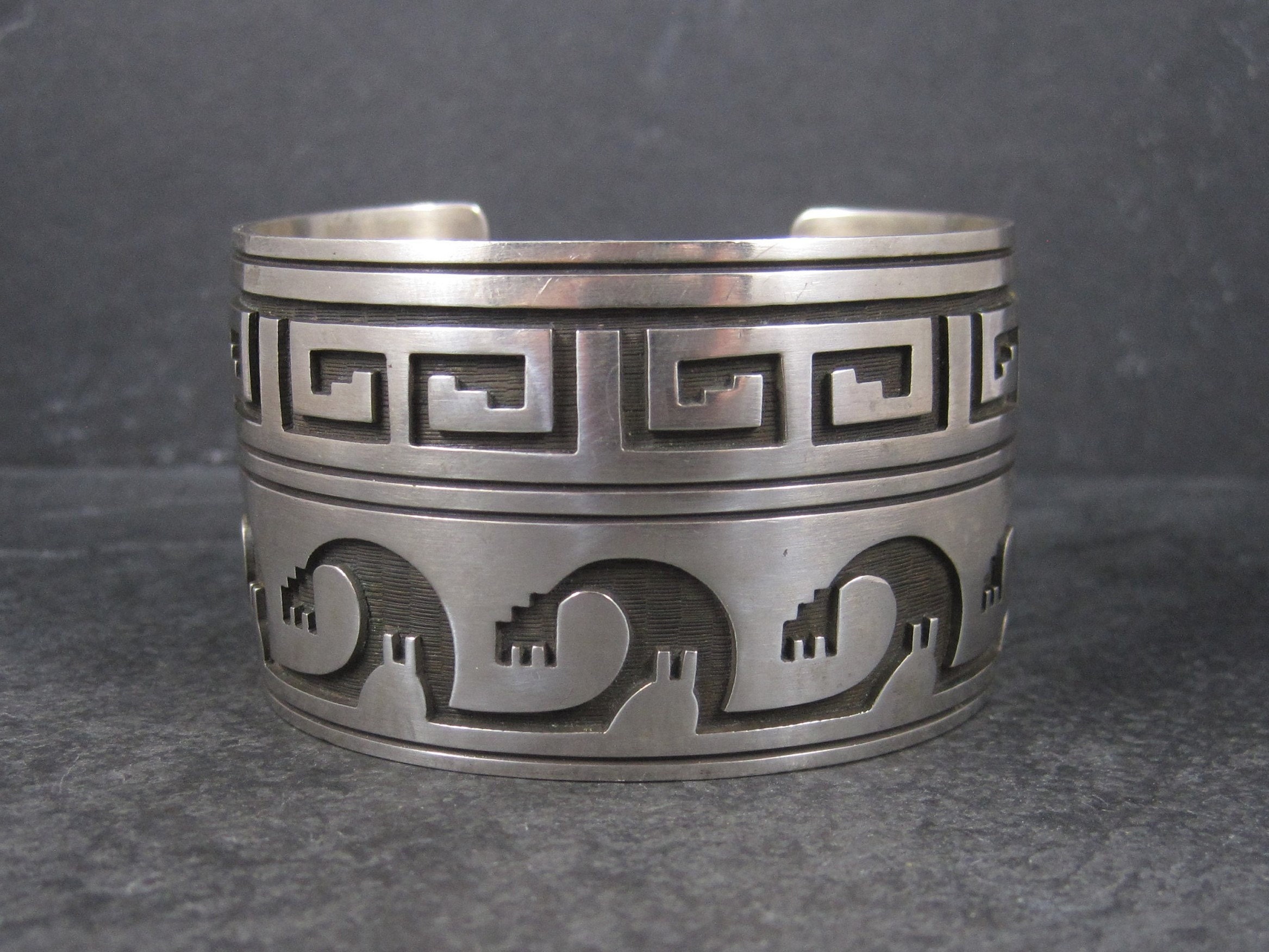 Overlay is created by cutting a design out of a sheet of silver. The design is then soldered to another sheet of plain silver. The cutout portion is then oxidized using  liver of sulphur so that it turns black and in many cases, it is then etched to created a subtle dimensional effect. 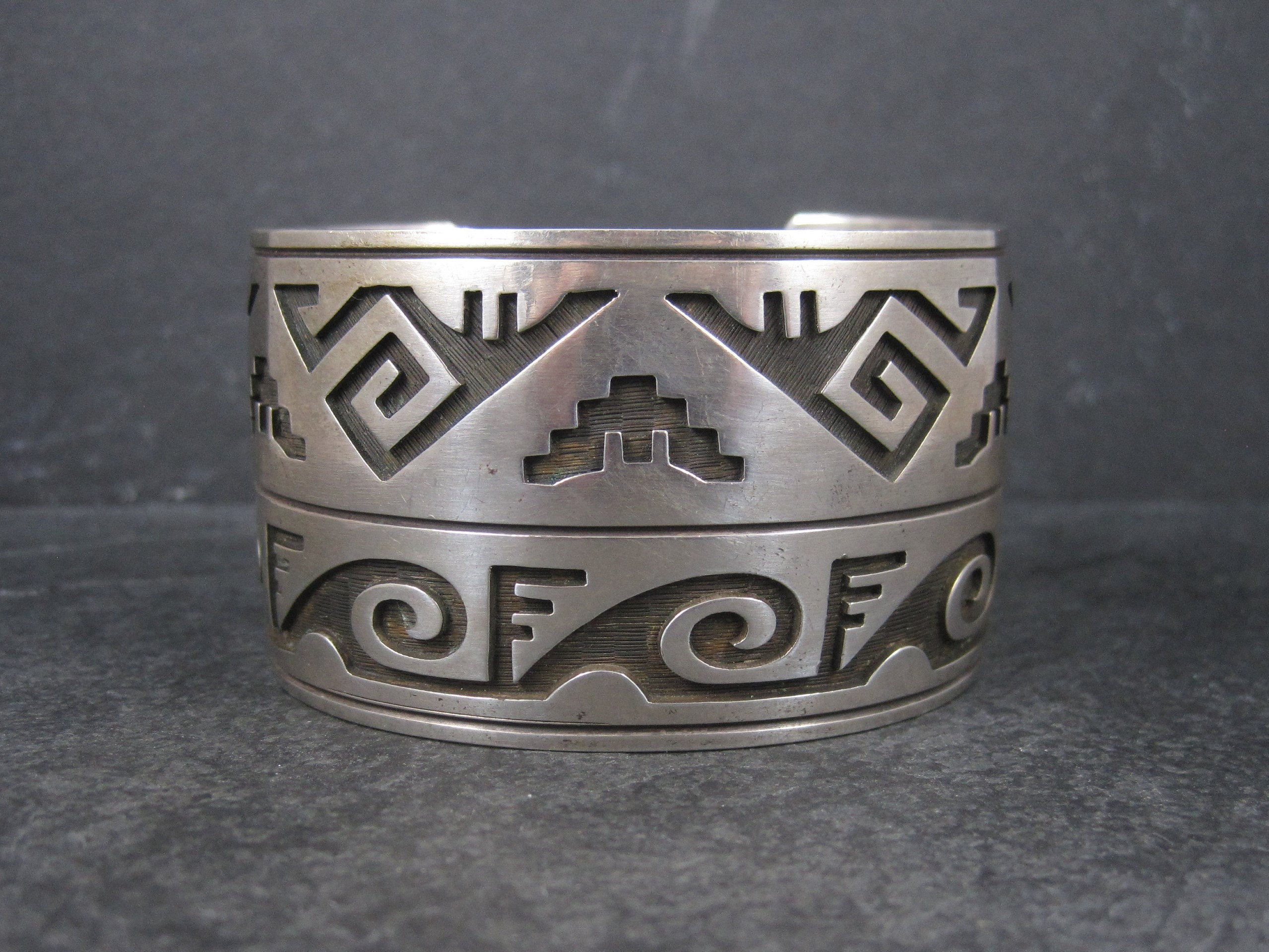 Hopi jewelry is distinctly different from other Southwestern tribes. Their designs are sleeker, more modern; contemporary and tend to be more about art and symbology over material. With the exception of a few artists and unlike the pre 1940's silversmiths, modern Hopi jewelry makers rarely use beads, stones or shells in their smithing creations.

The symbology the Hopi use in their designs represent centuries of tradition. 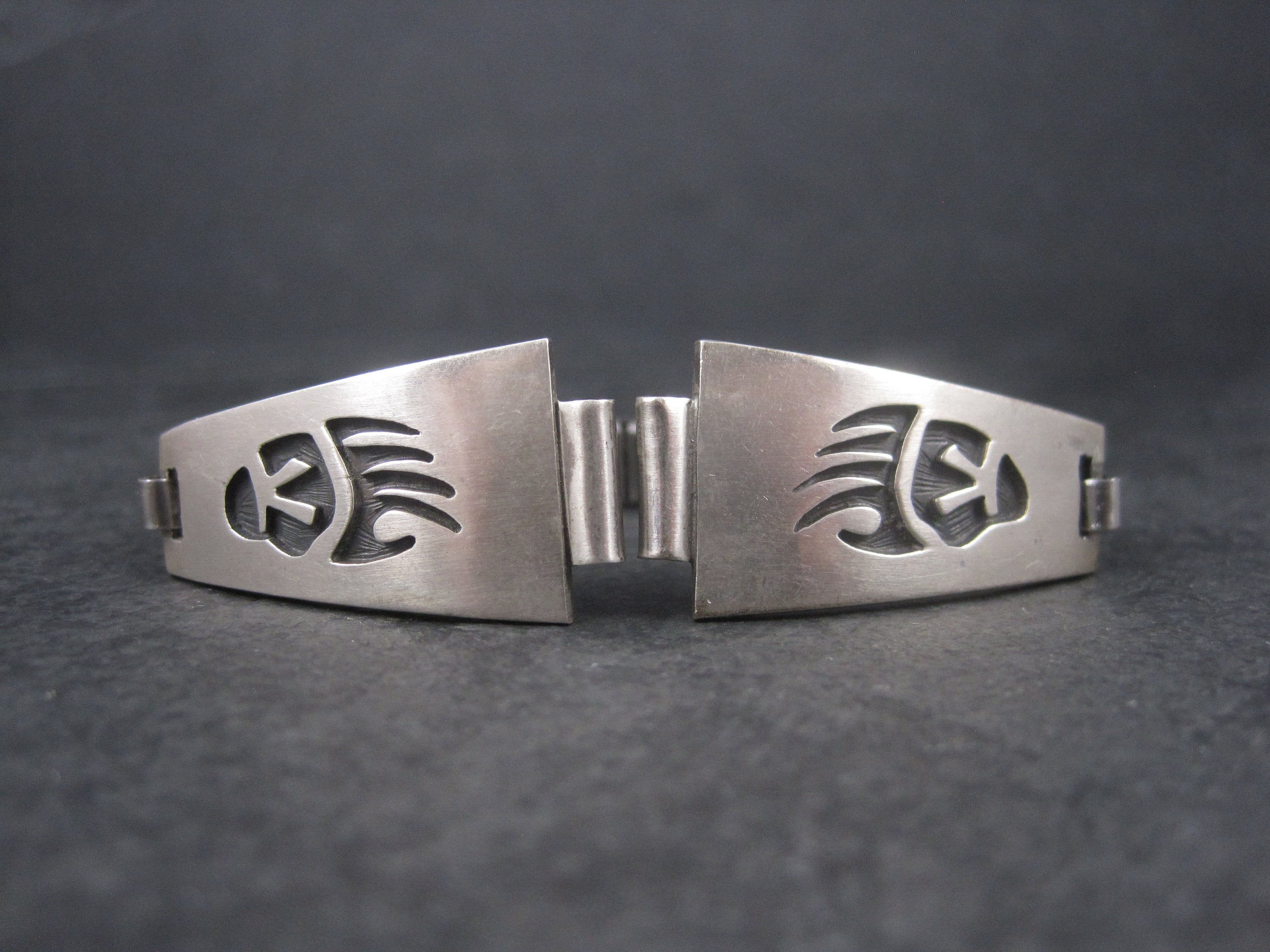 The significance of the Kachina ranges from spirits of ancestors, supernatural deities of the natural world, to go betweens between man and the gods. 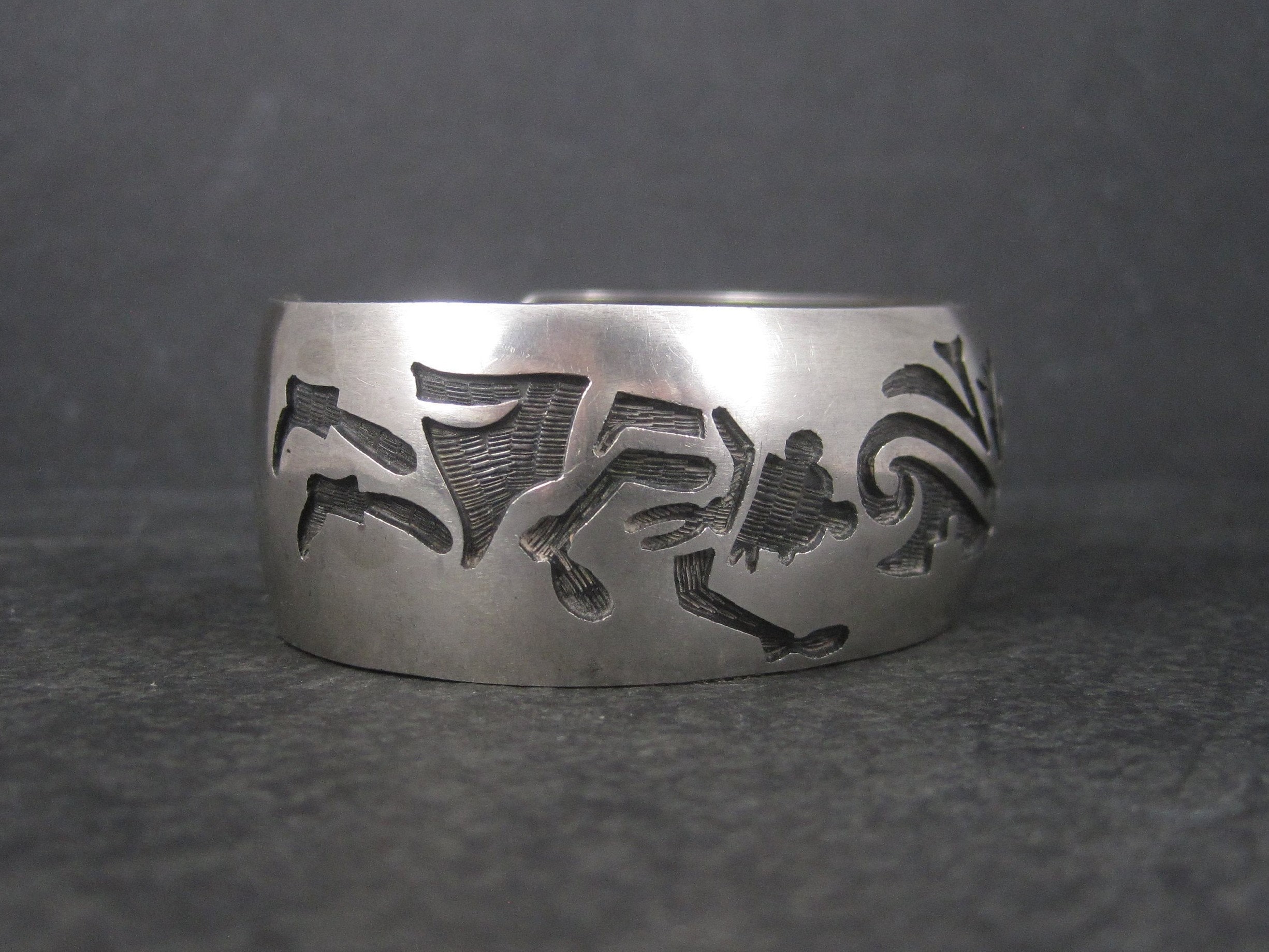 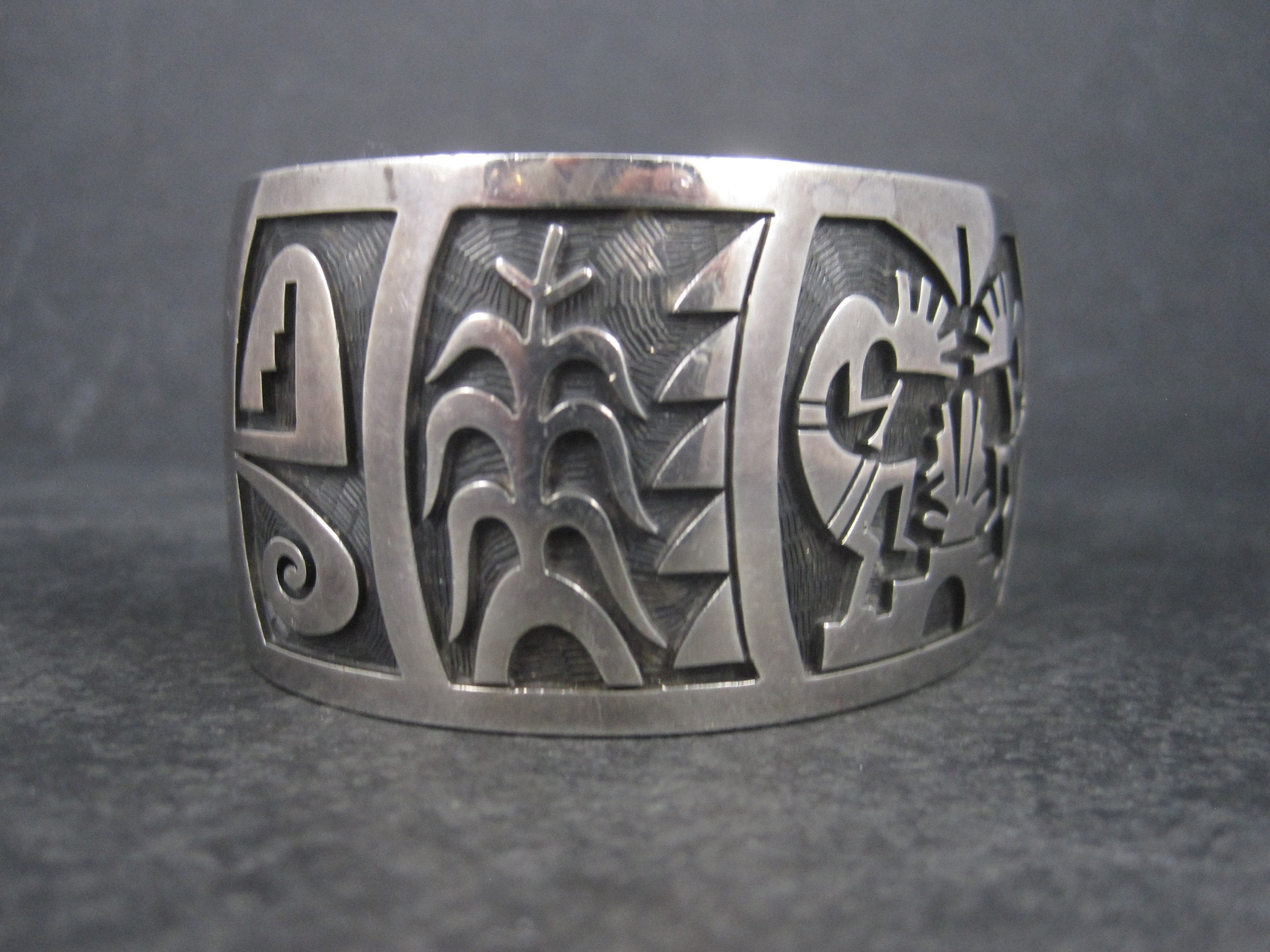 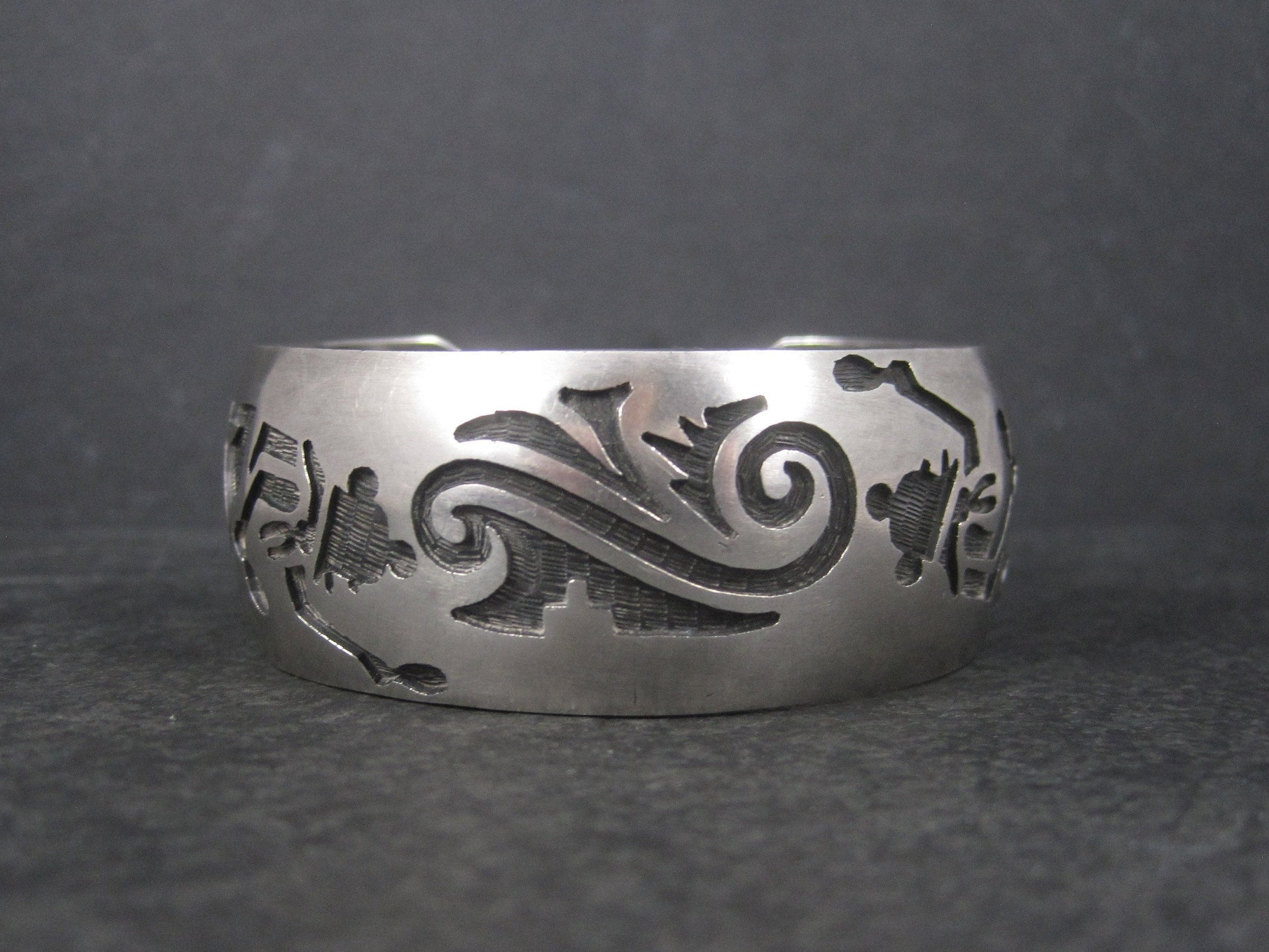 The water jar is a representation of the magic gourd or water jar presented to the Hopi people by the caretaker of the earth, Maasaw. 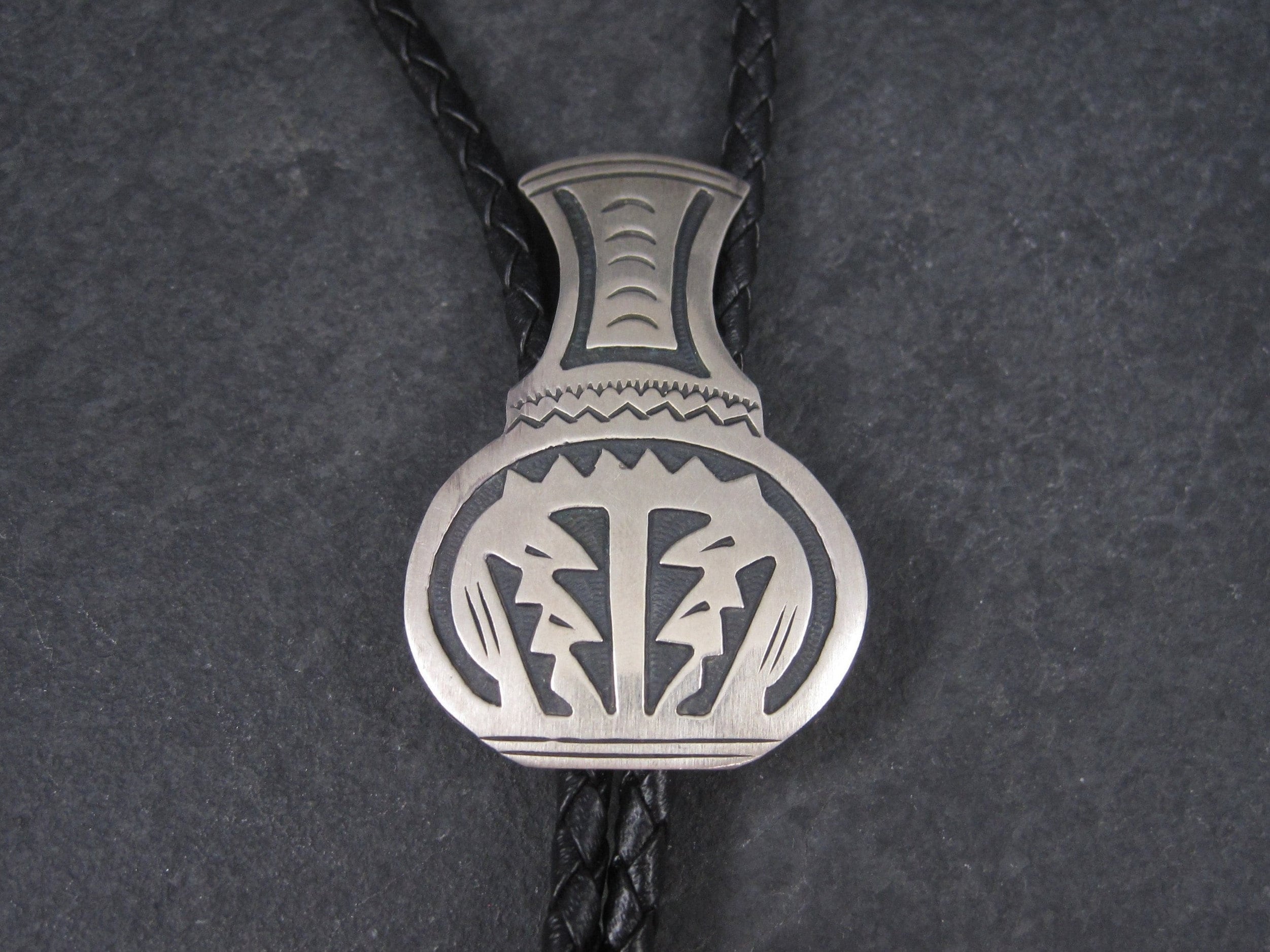 Previous Post Why did my jewelry turn my skin green?!
0 items in your cart